Since you’re interested in coming to BC (and rightfully so), you probably have a vague understanding of where Boston is — although if you’re coming from the south like I was, that understanding is limited to “up there somewhere.” But chances are, unless you’re from the area or have lived here, you don’t actually know what actually constitutes Boston and then what’s “Boston.”

Why does this matter? To native northeasterners, it probably doesn’t. But a large portion of our school is from out of state (and out of the country): California, Korea, Kansas, and my homestate, Florida. And traveling to Boston (and what I like to call the “Boston imposters”) to figure this out is expensive and time-consuming. Fear not: I’ve boiled it down to a couple of salient points.

First, this is what they call the Greater Boston Area. Okay, so the catch is, there’s a lot of stuff on here that doesn’t actually count as Boston – we’re talking all the dark green stuff. All the lighter green ones ARE Boston-Boston. And the star is where the Law School is (see? NOT Boston.) 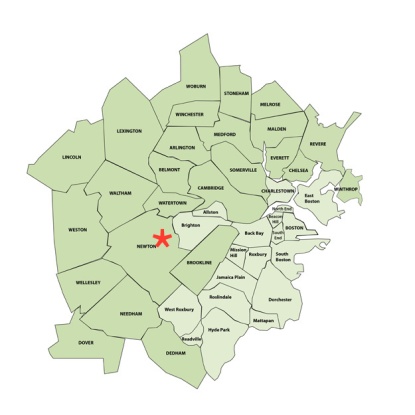 And even though it doesn’t matter when you’re just talking to people, believe me, there are times when it does. Speaking purely from a post-office standpoint, let’s say you lived on (insert house number here) Cambridge Street and were expecting a care package from mom. Trouble is, you can’t just say “Oh, okay, I live in Boston, so she must have to send it to (House number) Cambridge Street, Boston.” No-ho, my friend. Check this out: there are three separate possibilities of where your poor care package could end up – one in Revere (not Boston), one in Cambridge (not Boston), and one between Cambridge and Allston (kind of Boston?). In a city that is very fond of naming multiple streets in multiple parts of it the same thing, precision (in looking for your future housing, in trying to get around, and in making sure someone else doesn’t get your 10 boxes of mac and cheese) is key. 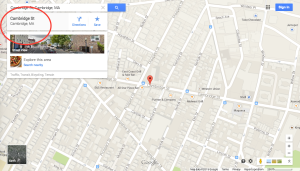 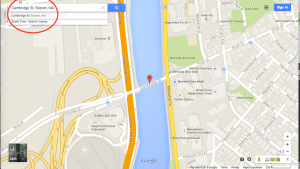 So when you find out that you’re coming to Boston: then what? The first step is knowing the “lingo” so you can more accurately peruse Google maps. Newton itself and the “neighborhoods” west, north, and south of it tend to be where most students try to find a place to live – Brighton, Watertown, Cambridge, Allston, and Brookline. Then within Brighton you have Cleveland Circle (which is not a circle) and within Brookline you have Coolidge Corner (which is more like a whole little neighborhood itself). Once you’re done unpacking the Chinese nesting dolls that make up this portion of Boston/quasi-Boston, you’ll be in a much better position to figure things out, and for more information here’s a link to student testimonials on where they live and why.

I know it’s confusing and it’s a very important part of your transition to law school and to BC, but if I, a semi-native Floridian with very limited “big city” experience can do it, you can too.

Smiles from Brighton (which is actually in Boston… I think),
Charlene

P.S. Next time on “Things I Wish I Knew,” an explanation on how, yes, you still have to go to main campus sometimes.

I’m a 1.5L (first year, second semester) and I remember what it was like to be in your shoes…because it was literally 5 months ago. Check out more of my posts here to learn more about all those questions you feel are too simple to ask about transitioning to law school. I’ll post every week about things I wish I knew as an incoming 1L so you’ll actually know them when you get here. My inbox is always open for questions, comments, anecdotes, or links to funny cat videos. You can comment on here, or shoot me an email at ochogo@bc.edu.

One thought on “Things I Wish I Knew Vol. 1: Where and what is Boston?”