A few months ago, I parked my car (crookedly) in the Newton lot and began a mad dash to the building with two large folders in my hand. I was wearing heels that I didn’t know how to walk in, and I was late for a meeting with my clinic supervisor. Out of the corner of my eye I noticed you coming up behind me, and I instantly tensed. Instinctively, I sped up my pace and ignored the fact that me power-walking in heels was a recipe for a broken neck. After a few seconds you passed me, and opened the door I was about to walk through, which was a good thing because if I had tried to open it for myself, I would have likely spilled hundreds of pages of confidential client information all over the steps. You laughed and made a joke about them working us students too hard. I laughed too, though my laugh was a nervous and relieved one. I muttered a thanks and rushed through the door.

I don’t know if you realized how anxious I was, but if you did, I want to take this moment to apologize. I full-heartedly believe that it is wrong to judge someone based on appearances, but that is exactly what I did to you that morning. I didn’t see a person or a member of my community walking up behind me, I only saw your uniform. I understand that may sound odd to you, because as a police officer, you are labeled as the good guy. One of the first lessons we learn as children is that if you need help, find a police officer. In theory, seeing a police officer should instill feelings of safety and security and for most people it probably does, but it’s a bit more complicated for me and many of my fellow people of color. When I see you, I don’t feel safe and secure, I feel anxious and apprehensive. I don’t necessarily think you mean me harm, but I’m never quite sure what your intentions are.

These feelings come in part because of the very real conflicts between the police and minority communities across the country, but they are also fueled by things that have happened right here within our own community. In my 2L year, for example, one of the BCPD detectives was questioning a bunch of students regarding several incidents of anonymous internet and phone harassment affecting my section. To my knowledge, there were at least five people who were specifically called in for questioning and several more who went in to make reports regarding these incidents. I was one of the students who went in to file a report, though I was very clearly reluctant to be there. The detective very quickly picked up on my reluctance, which turned what was supposed to be me filing a report into an interrogation. The more nervous I became in the interaction, the more intimidating he appeared to me, and he then seemed shocked when I completely shut down and refused to have any further communication with him. He believed my anxiety was a result of me hiding something, and stated as much. He seemed oblivious to the fact that I was responding to his tone of voice and combativeness.

After talking with a few others who had similar interactions with him, I later found out that this detective’s overall style during the investigation, though not out of bounds, was pretty aggressive across the board. He tended to raise his voice and encroach on people’s personal space. The goal was clearly to create a level of discomfort in the hope of gaining information, and to my knowledge this was the approach he used with the majority of people who came in to speak with him. I think it is important to note that he did not seem to be initially targeting specific groups of people. However, I did become a target based on my reactions to his questioning. The fact that he questioned me in an aggressive manner—and seemed to expect me to have the same response as non-minorities questioned in the same manner, and thus made assumptions based on that expectation—created a situation where I was, in part, being targeted because of my race.

I tell you this to explain how I might have appeared to you when you held that door for me, BCPD officer. My earlier interaction with BCPD was not your fault and it is not a reason for me to assume negative things about you. But it is one of the factors that contributed to why I tensed up when you came up behind me that day.  I wish I had felt comfortable enough to explain to your colleague that when he raised his voice and leaned in just a little too close for my comfort, the only thing in my mind was “I sure hope I don’t end up like Sandra Bland.” Even more than that, I wish he understood that the reaction that many people of color have to just being in a room with a police officer is a visceral one.

I am not writing this to critique the BCPD. I am writing this because I love the Boston College community and recognize that we are stronger when all players work together. People of color are a very underrepresented population here at BC, but we are here nonetheless, and we want to help keep our community safe. This can’t happen when we feel disconnected from our police force. When we hesitate to call you or walk into your department because of fear, everyone becomes less safe. The only way to combat this is to combat both the fear and the sources of it.

In a perfect world people would be judged solely by their own individual character, but unfortunately, we live in a society that likes to group people. I cannot and should not be expected to speak for all minorities, and you cannot be expected to be the voice of all police officers. But maybe you and I, as members of two groups that need to come together, can find a way to bring people to the table.

We probably can’t fix the whole country, but maybe we can find a way to make our community a little bit better. 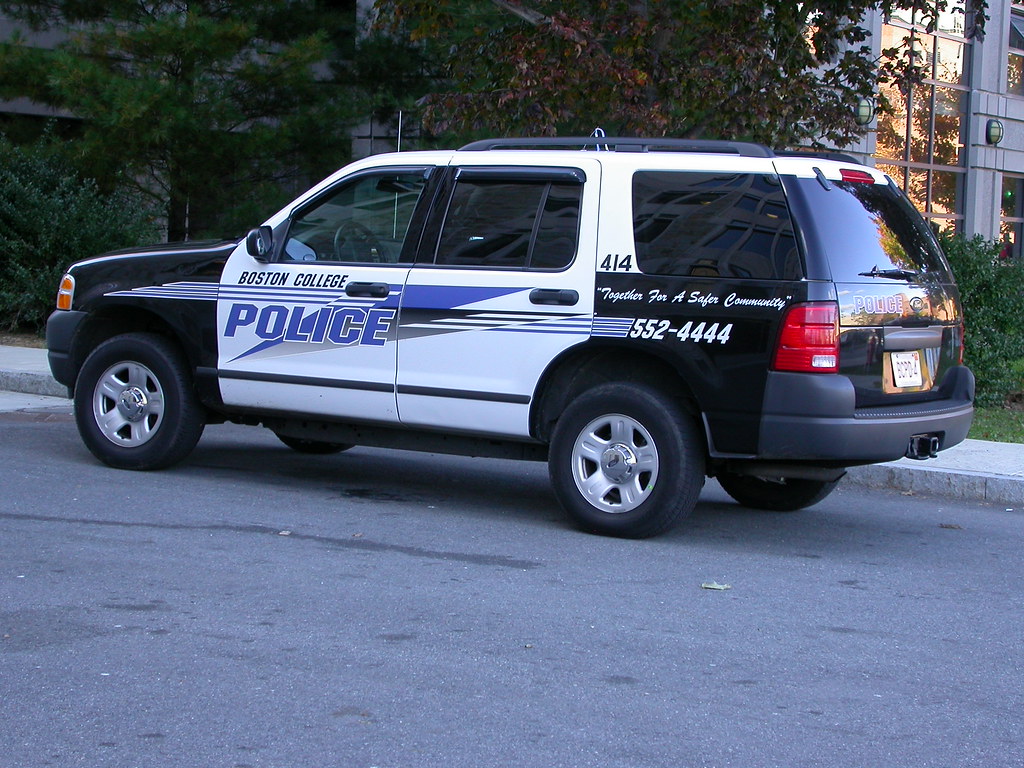 Christina Green is a third-year student at BC Law. She can be reached at greencs@bc.edu.