I am delighted to host a guest post from the brilliant and fabulous Maria Benvenuto. Maria is a 2L from Massapequa, NY. At BC Law, she serves as the Vice President of the Woman’s Law Center, Co-President of the Native American Law Student Association, an Admissions Ambassador, a member of the LSA Admissions Committee, and a staff writer for the Journal of Law and Social Justice. This summer she will be working in New York City and she is interested in working in labor and employment law. Maria can be reached by email at benvenma@bc.edu.

“When you strip away all of the labels, the conversation is just about people.”

That is the sentiment that Rosie Rios, the 43rd treasurer of the United States, embedded throughout her presentation to the BC Law community on March 22nd. Ms. Rios was the longest serving treasury official, beginning her career on the Treasury/Federal Reserve Transition Team in 2008 at the height of the financial crisis. Upon resigning in 2016, Ms. Rios received the Hamilton Award, the highest honor presented in the US Department of the Treasury. She is a graduate of Harvard University, and is the first Latina to have a portrait commissioned in her honor on their campus. Most notably, Rosie Rios is known for spearheading efforts to place a picture of the first woman on US currency; the design will be revealed on August 26, 2020, in recognition of the 100th anniversary of women gaining the right to vote under the 19th Amendment.

Rios continues to empower women through her “Teachers Righting History” campaign, which works to create a database, absent of partisan associations, to raise awareness about prominent women in US history. This project, along with similar efforts to make influential female figures and decision-makers more visible, embodies Rios’ Empowerment 2020 campaign.

At an event hosted by the Women’s Law Center, Boston College Law Democrats, American Constitutional Society, and National Lawyer’s Guild, Rios openly discussed how she stumbled upon feminism. A self-proclaimed “accidental feminist,” Rios explained that feminism was not a word that she associated herself with at a young age, nor was her gender or ethnicity ever her focus growing up in California. Nonetheless, through the hard work exemplified by her mother and the “champions” throughout her life, she saw the embodiment of feminism and was further motivated to pursue her dreams. Rios today encourages students to find their own champions of progress and urges them to have conversations transcendent of the labels of gender, race, and sexual orientation, to shift the focus of conversation from differences to simply people. In doing so, the conversation helps ensure that sections of our population do not remain invisible. 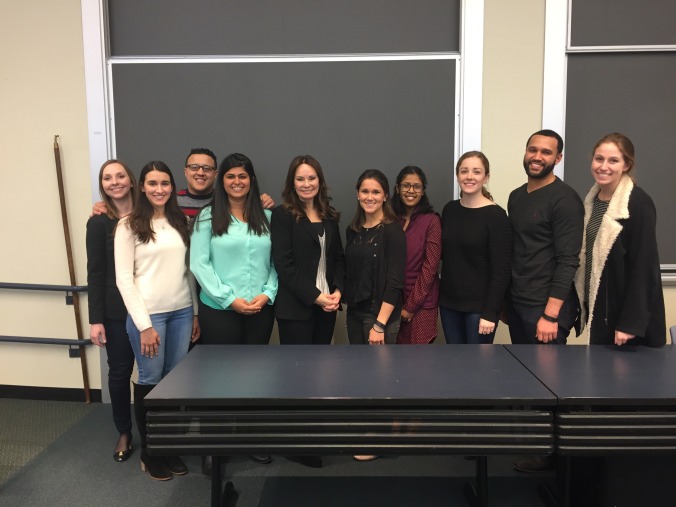 Rios also discussed her journey in placing American abolitionist and civil rights activist Harriet Tubman on US currency. She described her intent throughout that process, not as a crusade to advance gender equality, but as a means to institutionalize an accurate depiction of US history—a history rich with female champions. In this way, the United States, as a country, can move forward towards gender equity. Rios urged that this ever-persistent arc towards equity all starts with one person making a demand. Whether the demand is to place a woman on US currency, encourage teachers to place pictures of historically significant women in their classrooms, or to encourage more women to run for office, it all starts with an ask.

Young girls and boys need to see what and who we, as a country, value. Rosie Rios, through her Empowerment 2020 campaign, is working to right history, to ensure that the heroic figures whose shoulders we stand upon are seen and valued, regardless of the identity labels they bear. It only takes one champion to make a huge difference. It only takes one person to change the lens through which another perceives the world. But in order for that change to occur, we must be willing to have the conversation about those people and share the stories that have remained invisible for far too long. At its core, this is simply a people issue, an equity issue. Rios stressed the point that if our daughters lose, if our mothers lose, if our sisters lose, we all lose. And so, we have a responsibility to have these conversations now, so that twenty years from now, our daughters are not having the same conversations and struggling to overcome the same obstacles. We must become the giants whose shoulders others will stand upon in the future. Empowerment is not about grand achievements, but about getting to the little yeses. It is about negotiating for what you want, putting in the work, and asking for the changes that you want to see.

This is what Rosie Rios is asking for. She is asking to reinvent visibility and broaden the lens in which people understand our past, and, in turn, future. Look at the portraits on the walls of your school, the statues in parks and cities, the people who are in positions of power. These are the people our country is saying it values. And so, when half of the country’s population appears to be invisible, it is incumbent upon us to change that. It is incumbent upon us to be aware of who is in the public domain, who is making decisions, who is teaching us – who is visible. Empowerment 2020 seeks to give our passions a purpose and leaves us all with the simple questions: What is your ask and what will you do to achieve it?