Here is a letter sent out to the BC Law community from our Dean, Vincent Rougeau, commenting on the rise in the ranks:

END_OF_DOCUMENT_TOKEN_TO_BE_REPLACED

Yesterday, US News & World Report published the 2016 installment of its annual ranking of top law schools across the United States. BC Law moved up two spots from its 2015 ranking to number 34, putting it into a six-way tie with BYU, Fordham, Indiana, Ohio State and UNC. 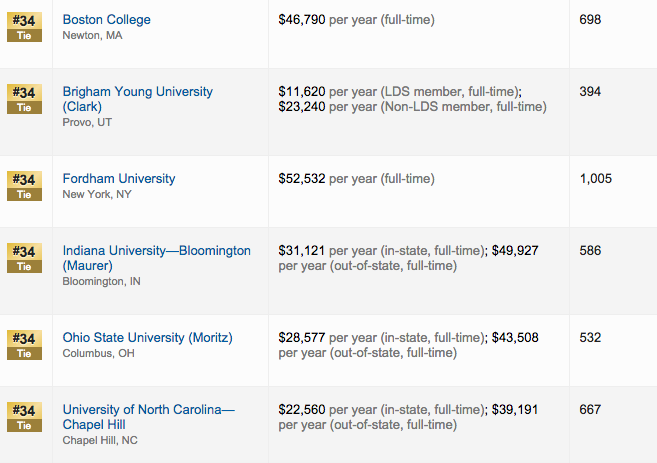 The merits of the methodology used to determine these lists, and indeed the idea of rankings themselves, are always debated. Unsurprisingly, most people tend to favor the lists that rank their schools most highly, especially if the disparities are at all notable. For example, while BC Law moved up to number 34 in the US News, that ranking still falls far below its place on Above the Law‘s list:  END_OF_DOCUMENT_TOKEN_TO_BE_REPLACED