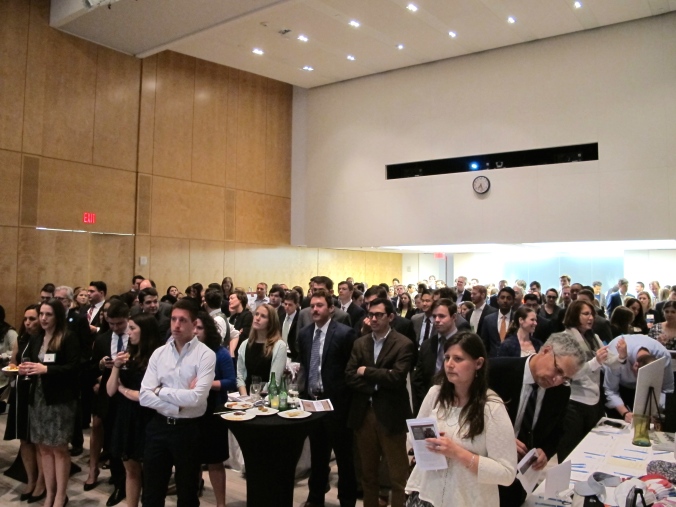 BC Law’s Public Interest Law Foundation (PILF) hosted its 28th annual auction last Thursday at the offices of Morgan Lewis in downtown Boston. The auction is PILF’s biggest event of the year and is always well-attended by students, professors, and alumni.

As a 1L attending my first PILF auction, I found it to be pretty awesome for two main reasons.

Reason #1: The purpose of the auction is to raise money for students working in unpaid public interest internships over the summer. For students like me, receiving this money means having the freedom to work at a government agency or non-profit over the summer without having to worry as much about finances. So, the auction basically enables students to dedicate their summers to serving the public.

Reason #2: It was wonderful evening. Marilyn Mosby (BC Law ’05) gave a powerful speech on how she persevered through opposition and criticism to achieve her dream of becoming State’s Attorney for Baltimore City, and charged the students in the audience to challenge the status quo. There were great items being auctioned, including anything from restaurant and spa gift certificates, to dinners and tennis matches with professors. The atmosphere was lively and fun, giving students and alumni the opportunity to mingle and network. 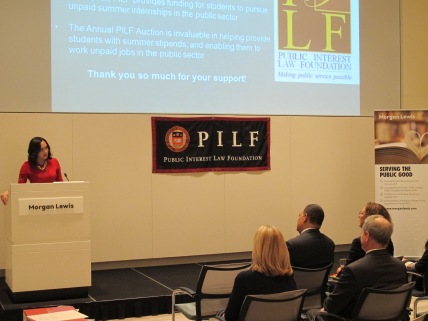 There you have it: raising money for students to do meaningful work, and providing a space for the BC Law community to have a good time. That’s what makes the PILF auction awesome; I hope to see you there in 2017.

Venus Chui is a 1L at BC Law and a member of the Christian Legal Society. Feel free to contact her with questions about her experience, BC Law, or law school in general. Comment here or send her an e-mail at venus.chui@bc.edu.